Advice from Inspirational Women in Business 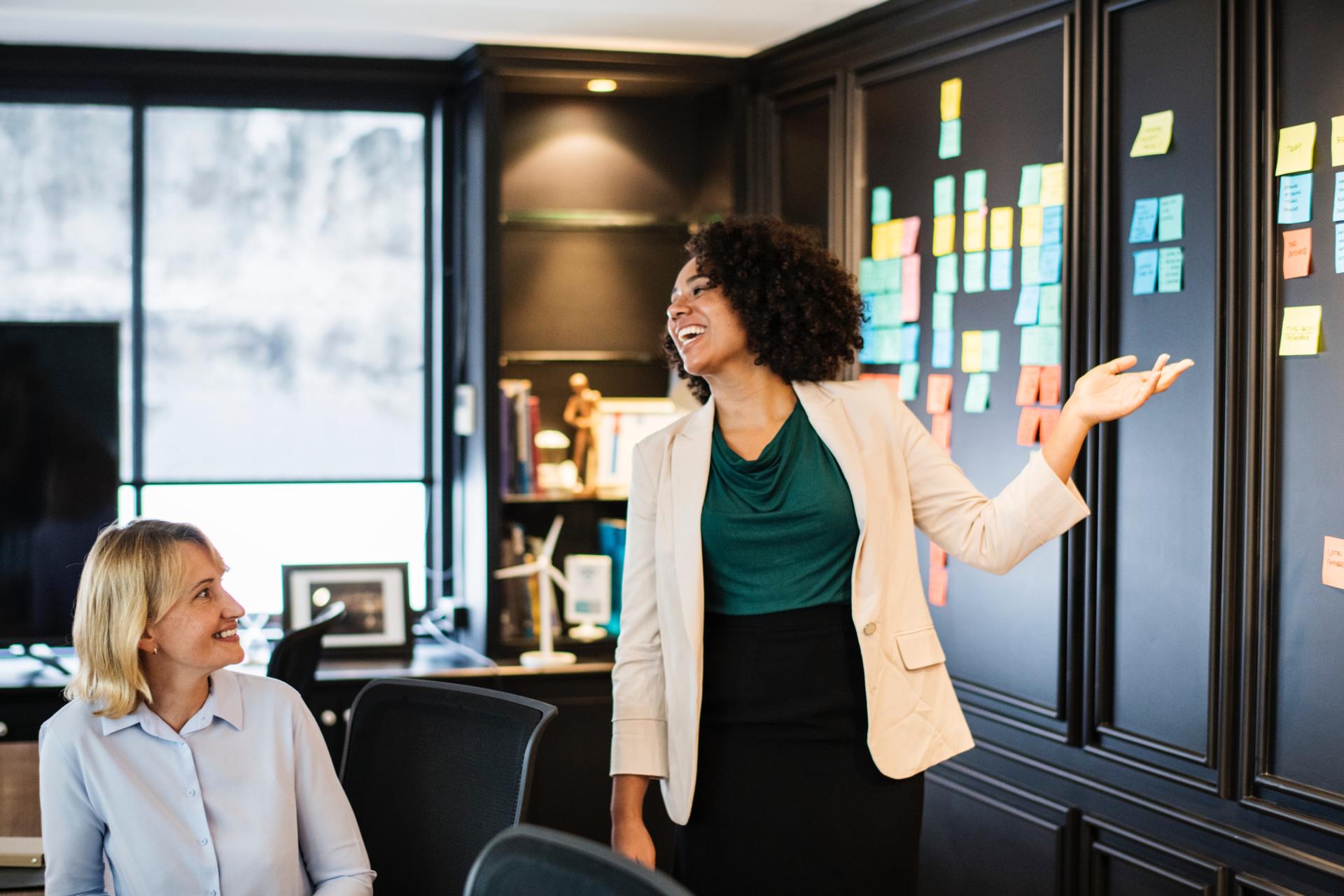 From entrepreneurs to CEOs; directors to designers, there are plenty of inspirational women in business to admire. According to figures compiled by the Global Entrepreneurship Monitor, around 163 million women have started a business since 2014. And in the UK, women own approximately 20% of the country’s 5.4 million small and mid-sized enterprises; looking ahead, this number will almost certainly continue to rise.

As more and more women make their mark on the business world and change women’s experiences of entrepreneurship in general, there’s good reason for every hard-working, career-driven individual to be enthralled by such amazing success stories. Which is why we’ve put together a collection of tips by some of the world’s most inspirational businesswomen; here’s everything you need to know about how they became the entrepreneurial powerhouses they are today – and how you can (hopefully) follow in their footsteps!

“There was never any doubt that if I wanted to go all the way, so long as I worked hard enough, I could do it.”

“If I could do something, I always did it big.”

We begin with one of the most successful double acts of modern business: Sophie Cornish and Holly Tucker, who founded Notonthehighstreet.com from their kitchen table way back in 2006. If you’re looking for a lesson in motivation and moving forward, it’ll probably come best from these two. The origins of their business are characterised with serious financial difficulty; at the outset, they couldn’t pay themselves a salary – and they both had young children at the time. Still, the two women stuck to their shared standards of quality, building a good solid reputation that has stood them in good stead so far; NOTHS remains as popular as ever — even more so, in fact, with the rise of smartphones and instant online purchasing. And as if that wasn’t enough, they’ve both gone on to co-author Build a Business from Your Kitchen Table, which provides helpful advice and tips for budding entrepreneurs. ‘You have to have sacks of creative, risky, bold and customer-first thinking if you’re going to have a chance of making something last long-term,’ says Holly. In other words, go for it!

“Work hard. When the going gets tough don’t give up and you will gain respect and achieve your ambitions.”

Fans of The Apprentice will recognise the formidable businesswoman Linda Plant as one of Lord Sugar’s fiercest advisers during the process’s interview stage, but she’s so much more than that. Establishing herself as a big name in business through a series of challenging executive roles at a young age, Linda has since become a pioneer in women’s collective ascent to leadership roles in the professional world. Hers is very much a rags-to-riches story; she started by selling clothes at a market stall in the North of England before opening her own shop – and now she runs a successful property and interior design business that supplies luxury bespoke furniture to upmarket homes in London. Not bad if you’re completely self-made! Her accomplishments have been an inspiration to women across the globe, as well as her entire family; all Linda’s children share their mother’s entrepreneurial mindset and ambitions. If you’re looking for an inspiring female role model in the business world, you couldn’t get a more forward-thinking person and driven woman than Linda Plant.

“The most successful entrepreneurs I know are optimistic. It’s part of the job description.”

Caterina Fake (and, yes, that is her real name) is one of the most inspiring women in the business world today. As a co-founder of both Flickr and Hunch, and now an investor at Yes VC – a new venture fund – Caterina proves that when there’s good business to be done, you should never shy away from the prospect, even if a little risk is involved. And considering Flickr was acquired by Yahoo and Hunch by eBay, both for hefty sums, we recommend taking a leaf out of her book. According to Caterina, optimism is the driving force for everything moving forward business-wise. It stands to reason that if you have an idea you’re passionate about – an idea that you really believe in – don’t let it fall by the wayside. Instead, channel your inner optimist and keep a positive mental attitude when it comes to your business or work – we’re confident it’ll lead to good things happening for you!

“I think finding mentors and support is important.”

Just because you’re more advanced in your career, it’s important to remember that it’s never too late to bring your ideas to life. At 56, entrepreneurial filmmaker Cheryl Houser launched her own company: Creative Breed. Having started her career in commercial filmmaking, Cheryl’s credits include David O. Russell’s first movie Spanking the Monkey, winner of the Sundance Audience Award, and the Academy Award-nominated documentary Children of Darkness. And as if that’s not impressive enough, she was also Executive VP of Programming at nonfiction production company Atlas Media Corp from 2004 until 2011, where she helped create and oversee hundreds of lifestyle, historical, science, and medical programming for leading cable broadcasters like the Discovery Channel, Nat Geo, the History Channel, and the Food Network. Citing mentorship as central to her achievements, Cheryl Houser certainly proves that a little support can go a long way.

“Set goals for yourself and put actionable steps in place to ensure that you achieve them. Whether you aim to get a promotion at work or set up your very own business, these ideas will only remain dreams until you write plan out how you are going to reach them by writing down realistic steps towards hitting your targets.”

If you’re a fan of BBC’s Dragons’ Den, you’ll likely be familiar with the business prowess of Kelly Hoppen. But believe us when we tell you, her brief tenure on the show barely scratched the surface. Kelly’s passion for interior design began when she was just 16 and had the opportunity to design a family friend’s kitchen. This first step has led to an astonishing career and to Kelly Hoppen becoming one of the biggest names in interior design worldwide. She was even awarded an MBE for her services to the industry! Kelly’s approach to her work is as methodical as it is creative, factoring in the reality that an idea is only as good as its execution. Coming from such a strong female business leader, it’s definitely advice worth following.

“Growth and comfort do not co-exist.”

When you’re the chairman, president and chief executive officer of tech giant IBM, it’s safe to say you’ve made it to the top of the business world. But what if you’ve also been at the helm of the most significant transformation in its history, reinventing the company to lead in a new era of AI, blockchain, cybersecurity and quantum technologies, all delivered on IBM’s enterprise-strength cloud platform? Well, only Ginni Rometty knows how that feels. Since becoming CEO in January 2012, Ginni has taken IBM from strength to strength; the company is now more inclusive and pioneering than ever under her leadership. And of course, this success is largely down to a willingness to go beyond her comfort zone and explore new possibilities for the company. With such a ‘can-do’ attitude behind her, it’s no surprise that Ginni Rometty is one of the most inspiring women in the business world today.

Well, if that wasn’t enough to inspire you, then we don’t know what is. As far as advice goes it’s up there with the best, right? Who wouldn’t want to give their dreams a chance after that; as we’ve seen, determination and a can-do attitude are the keys to making it work, both personally and professionally. Whatever your goals may be, no matter how small or big, we hope our picks for inspirational advice from women in business will drive you towards success – after all, it worked for them!

Office, Hot-Desking or a Dedicated Desk Space? How to Find the Best Workspace for You

Bored of Sandwiches? Grab Lunch from One of These Unique Camden Eateries