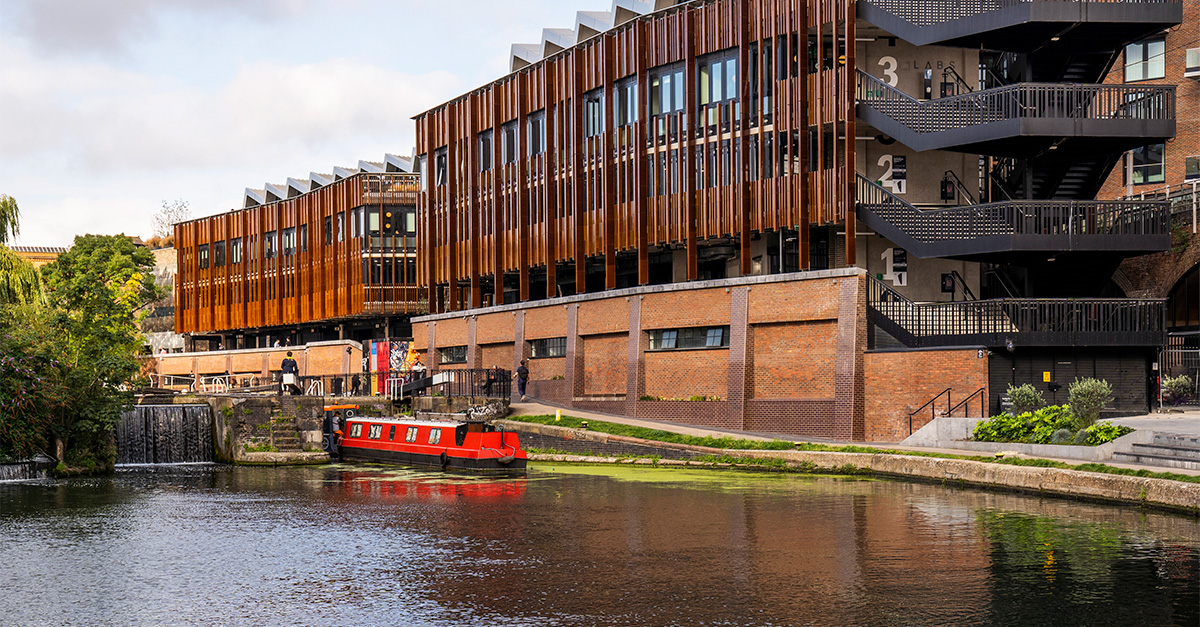 With Great Britain targeting a 68% reduction in carbon emissions come 2030 and net-zero emissions by 2050, businesses are having to focus more and more on reducing their carbon footprints, directly and indirectly.

This means looking at where a company directly produces emissions from owned or controlled assets and how the business powers and heats itself, but also all the other activities the business requires to produce or service itself, such as business travel and waste disposal, and making these more sustainable and environmentally friendly services and operations.

It is why LABS, its affiliate companies and parent company, use iRecycle to remove waste from across our Camden properties. The waste (general and recyclable materials) is transported on iRecycle’s barges to a waste management facility run by Powerday to be sorted and recycled with non-recyclable materials treated for energy to waste, meaning zero of the waste goes to landfill, and with specialist recycling partners also removing cardboard, glass, oil and food.

Using London’s waterways, such as Regent’s Canal which runs through Camden, to transport items isn’t a new concept, but in the modern environment it wasn’t until Elliot Lancaster established iRecycle that the canals began being utilised again to move waste from the London.

He founded the business after discovering that the recycling process was both inefficient and actually harmful to the environment.

“Combined with the use of hydrated vegetable oil (HVO), made from 100% recycled waste, to fuel the barges Co2 emissions are reduced by 90% compared to using conventional HGV’s,” he adds.

“Over 2000 road miles are saved every year which in turn reduces hundreds of tonnes of Co2 from the atmosphere.”

Additionally, using HVO to fuel iRecycle’s barges ensures capacity is maximised, while reducing the number of movements undertaken to mitigate any negative impact on the wildlife, Elliot says. “Speed is also kept to a minimum to ensure there is little disruption and, in fact, the movements of the barges actually aide the biodiversity of the waterways, as it helps circulate the silt that otherwise collects at the bottom of the canals and can become toxic. By moving through the canal water levels flow more evenly throughout the different sections and locks moving the silt along.”

Whilst aiming to scale up the London-based operation and get more companies to move their waste by water and less by road, Elliot is also looking to replicate iRecycle’s London business in other UK cities such as Birmingham and Manchester, which also have waterway systems that lend themselves perfectly to this sustainable waste management business.

Also, Elliott and iRecycle are committed to ensuring the business has a positive social impact, as well as a green one, and currently 40% of his front line staff are from homelessness and he plans to increase that figure.