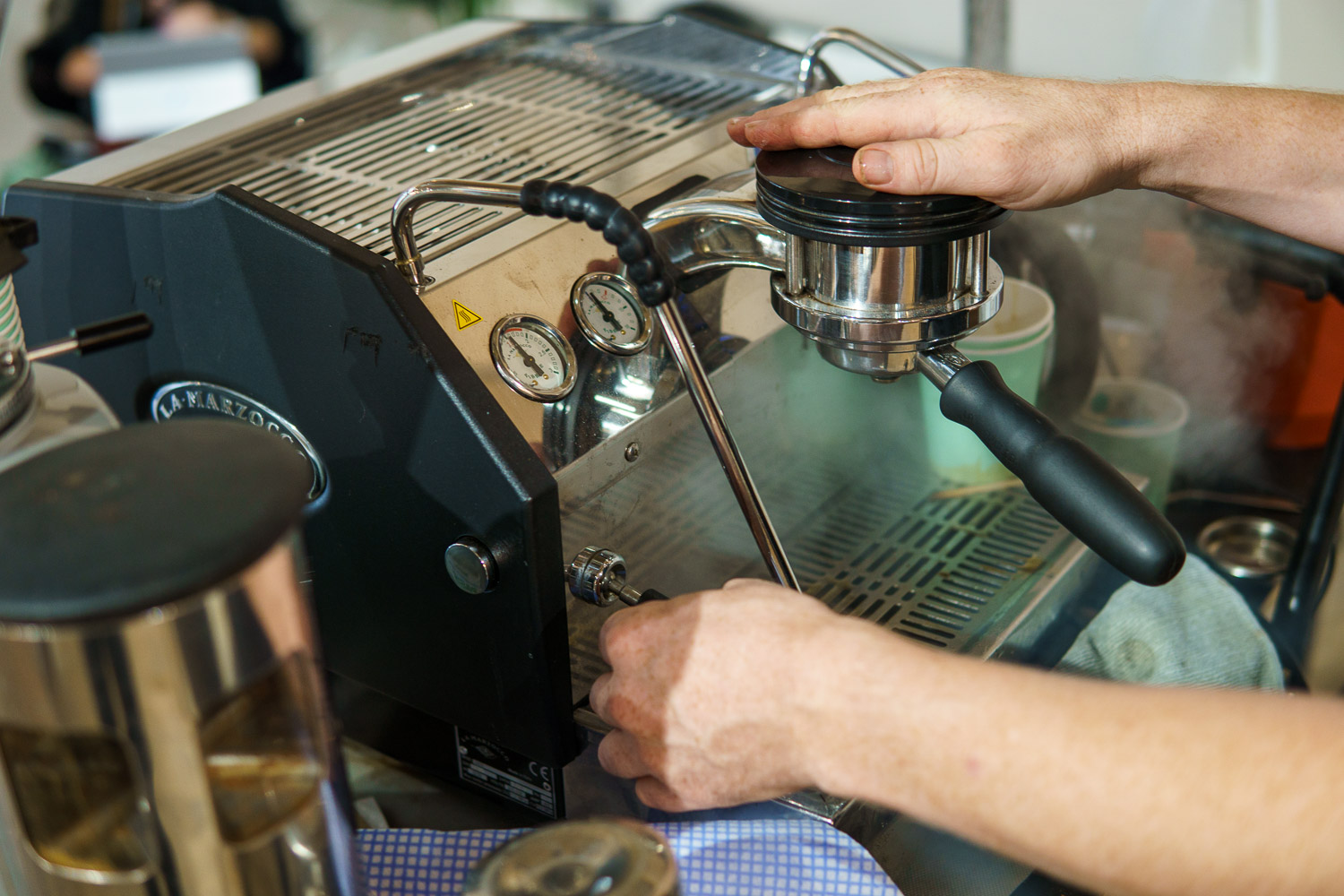 Coffee. Beautiful, rich, intense coffee; there aren’t many Londoners who don’t like it, including us. Despite there being more and more providers launching in London, some are still determined to be part of the coffee community here, but by being more than just your average sit down cafe. Black Box Coffee was founded by Ben, who originally from New Zealand grew up with a strong sense and knowledge of the coffee industry. Black Box is a pop-up venture, running stalls across London’s concession spaces and food markets, but also providing their portable coffee stall come bicycle to various events.

Ben explains the key to his success, how he grew his brand and how his passion for the coffee industry fuelled him to start Black Box Coffee.

“MY PASSION FOR COFFEE WAS EVIDENT, BUT I HAD TO LEARN AS MUCH AS I COULD.”

After starting Black Box Coffee in 2014, how did you grow the brand?

“In 2005 I moved from New Zealand (where there’s a well-established coffee culture) to London and whilst working as a barista or in various roasteries, I began to collect coffee equipment and store it in warehouses. My passion for coffee was evident, but I had to learn as much as I could whilst constantly heading towards starting my own thing.”

“Growing the brand was fairly simple – being a pop-up ensures that different people see us. Especially when in the morning you’re serving early commuters, then in the evening you’re partnering with a Shoreditch bar and serving their customers. We went from our first pitch in Hackney Empire to having a stall at Druid St Market, and now a portable stall situated on a bike which enables us to get hired for events all over London.”

“Our job is such a sociable one that meeting new people, partners and customers constantly opens us to new opportunities and business growth. The London coffee network is still quite small as well, so being a part of it keeps me connected and in-the-know.”

What challenges have you faced during your expansion?

“I wouldn’t say this was a challenge as such, but I make sure every new hire carries the brand in their attitude and ability. It’s not just about the product when taking on new talent – they need to have that sociable quality and personality. Being able to become a spokesperson for the business is what I look for, especially when leaving them in charge of a pop-up.”

Tell us about your coffee.

“I’ve always partnered with what I consider the best roasters. These include Intelligentsia from LA, Headfirst from Amsterdam, Square Mile and Workshop. The beans are important, so is the brand. If it’s a good match in terms of values, design and relationship then it’s a winner for me.”

“Most of them directly trade with the farmers too, which actually pays more to them than Fair Trade coffee does and I find the quality is unrivaled.”

“Not necessarily a signature, but the Cortado is often a confusing one. It’s easy to remember though, as Cortado actually means ‘cut in two’. The correct way to serve is exactly the same amount of coffee and steamed milk.”

“A HIT OF CAFFEINE WHILST CHATTING TO THE BARISTA ABOUT WHAT THE COFFEE YOU’RE DRINKING IS ALL YOU NEED.”

What’s the key to your success?

“Partnerships. Sharing customers and followers with like-minded, similar sized businesses is invaluable. It’s within both your interests to help each other grow and learn together.

“I wouldn’t say we’re judgemental or preachy when it comes to coffee – if you want to put honey into it, that’s no concern of mine. What we will do is always strive to be educational and offer information and tastings to those who are interested, for example, flavour hints, history and origin of the beans we use.”

“What’s does the future look like for Black Box Coffee? How do you see it developing along with the London coffee scene?”

“When you think of Italian and Australian coffee cultures, it’s a lot more… casual. Anywhere you go in Italy, you’ll see people in workwear ordering an espresso at the bar, drinking it within 60 seconds whilst chatting to the barista before heading out. Australia and New Zealand have brought in hipster-style standing coffee bars to reflect this.”

“London is still very much attached to sit-down shops, but I think there’s scope to have more portable stalls or standing coffee bars in this city. A hit of caffeine whilst chatting to the barista about what the coffee you’re drinking is all you need, especially being such a fast-paced part of the world. Being a pop-up business, we’re definitely in a position to help grow the London coffee scene in this direction.”

Black Box Coffee’s coffee bicycle is currently situated within the LABS Lounge in Holborn! Visit 136 High Holborn for a taste, or check their website for other locations.